Deng Fubang, a famous Chinese calligrapher, painter and collector. Founder of Qinshan Painting School. Studied at the Chinese Academy of Art, under the tutor Gu Sen Longrui, etc. he has a unique insight into traditional Chinese painting and calligraphy. On the basis of excavation, inheritance, development, and research, he strives to promote the new concept of "Daohua Danqing", deciphering the spiritual connotation of painting and calligraphy and Laozi's "Tao". His works are vigorous and magnificent, and their styles are compatible with North and South. They are well-known in the painting circle for their distinctive personal style. His works have been published many times in domestic professional academic media (Chinese Painting and Calligraphy, Chinese Art, Art Observation, Rong Baozhai, China Collection, China Culture News, etc.), the Chinese Academy of Art, the Art Museum successfully organized the "Deng Fubang Painting and Calligraphy Works Academic "Symposium", the work "Home Furnishing Qinshan", "Deng Fubang Painting and Calligraphy Collection" was collected by the Academy, "Xiangxue Picture" was collected by the China Human Rights Foundation, "Waves Containing Flying Boats" was collected by the CCTV column group, and the National Philatelic Corporation was responsible for it Published "Stamps of Famous Chinese Contemporary Cultural Landscape Paintings". Many excellent works have been auctioned and collected by overseas Chinese and art institutions in 16 countries. CCTV, Beijing TV, and collection and appreciation column group interviewed and reported on it. Deng Fubang is currently the chairman of Beijing Yihua Kaitian Culture and Art Association, a member of the Chinese Artists Association, a member of the Chinese Collectors Association, a Chinese calligrapher and painter, and the curator of Beijing Hanbaolong Masterpieces Museum. Published "Deng Fubang", "Deng Fubang Painting and Calligraphy", 2021 Collection Yearbook Characters-Deng Fubang, Ingenious Ink Color National Chinese Painting Masters Academic Invitation Excellent Selection, included in Chinese Art Volume, Chinese Calligraphy Volume. In addition, the seventy-meter long scroll (Sanmenxia, the Pearl of the Yellow River), co-created with his wife calligrapher Zhang Yunxia, is collected in the Sanmenxia City Museum, and the volume of (Chinese Splendid Scenery) and the volume of (Chinese Dragon Vessel-Daqin Mountain) have also been published and completed. "The Avenue of Qinshan"

——A record of the artistic style of Deng Fubang, a famous Chinese calligrapher and painter 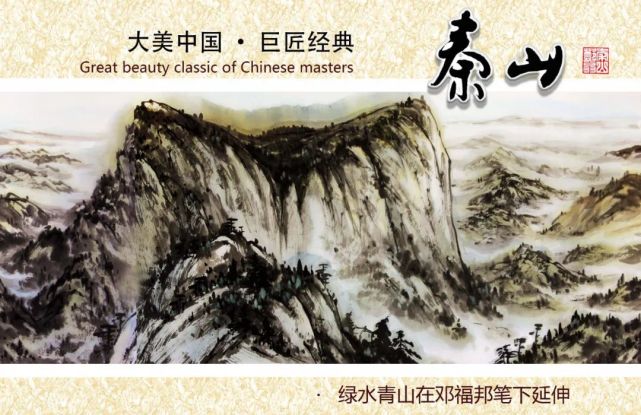 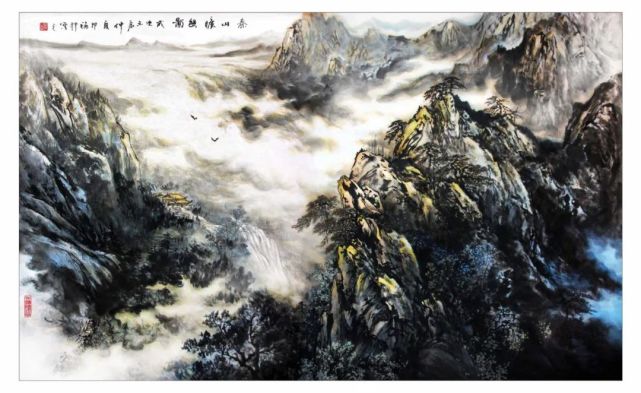 From the "Deng Fubang Painting and Calligraphy Exhibition and Academic Symposium" held by the Art Museum of the Chinese Academy of Art and the "National Invitation Exhibition of Calligraphy and Painting Masters" held in the National Committee of the Chinese People's Political Consultative Conference Auditorium, we can clearly feel this kind of information. The elegant appearance is solemn, the artistic conception is profound, the brushwork is old and the morality and justice are the first. We picked a few paragraphs of the text for your comments. 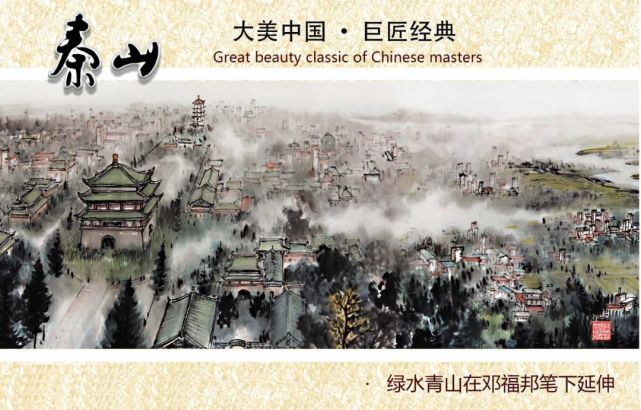 Huang Zaimin, the dean of the Art Creation Institute, said:"Deng Fubang is a very scheming person. He has a very clear academic positioning. He has also made a detailed review of the Chinese landscape painting scene and style, and has done a good job of the styles of the art giants in the North and South. Through meticulous observation and study. His works have very obvious personal style and characteristics. His works express a kind of poetic rhyme with a bold, dripping, and ethereal perspective." Mr. The form involved in the Chinese painting circle, he started from a philosophical point of view, and started with Guoxue and Taoism. From the evolution of the big yin and the big yang, to the natural five elements reasoning. Deeply understand the matter of painting. The composition of the work is generous and generous, and the pen and ink are free and dripping. People clearly feel his spiritual pursuit and the unique artistic style of his works. 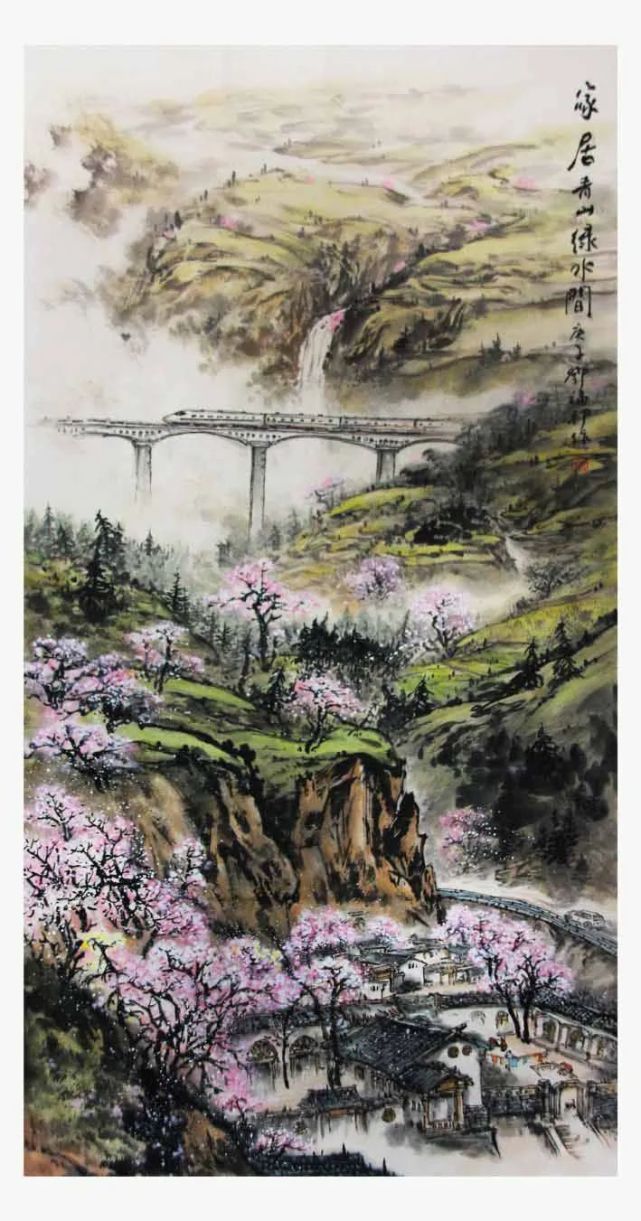 Qu Runhai, dean of the Chinese Academy of Art, wrote:"See you everywhere in Qinshan, the atmosphere is purple and reunion."

The famous art critic Gu Sen said,"The valuable thing about Deng Fubang's landscape painting is his simplicity. He did not paint those famous mountains and rivers that he did not experience, but painted the mountains, forests, grasses, trees, springs and rocks during his life. His landscape paintings are forest trees. The greenery, the gurgling spring water, and the transpiration of the mountains and mountains make the paintings full of a natural and graceful atmosphere and a distant humanistic atmosphere. The ink is rendered decently, allowing people to cruise in the works that are emotional and endowed with philosophical connotation.

The famous artist Yang Guanghua said:The ink is dripping, and the skill is superb. I pay more attention to Deng Fubang, and I often see his paintings and calligraphy works. I know that he is studying Huang Binhong. "God flying, facing the spring breeze, thinking mighty" aesthetic requirements. To take care of the beauty of mountains and rivers from the perspective of "Tao" is undoubtedly influenced by the metaphysics of "Tao follows nature, and the unity of man and nature". Because of this, his landscape painting works are conceived with a profound oriental philosophical color, and it undoubtedly opened up a broader and free space for his creative expression.

The famous art critic Zhai Mo said:"Appreciating Deng Fubang's paintings and calligraphy gives people the greatest feeling that he has found the appropriate point in the middle of the "extreme" in the painting with the concept of "Tao", and he has dealt with the dialectical relationship between the brush and ink in the painting. He grasped the yin and yang, black and white levels of the painting, and managed the pen and ink in the vast area in the middle. He understood the true meaning of the total change in the quality of "the golden mean". He accepted the "hour and sky" from his insights. The induction of information codes in the universe can penetrate and express the "fusion" between man and nature on the screen. 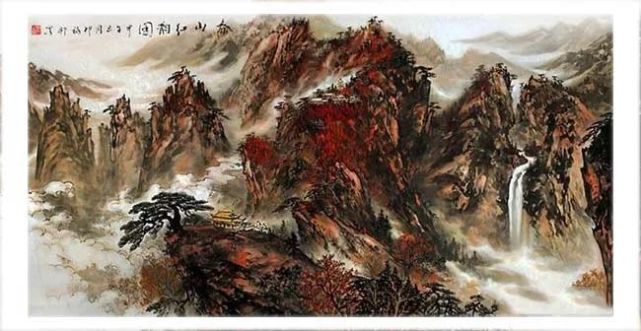 The famous art critic Xie Haidao:"Deng Fubang's landscape paintings are mostly based on the mountains and rivers in the north. He also works as figures, flowers and birds, and calligraphy. His landscape paintings can be pided into two categories: one is a small scene of nostalgia, captured by simple painting methods. The harmony between man and nature, with rich perspectives and colors, seals the beauty around us. The other is as the Buddha said: the construction of a pure earth on the earth where the three realms are idealistic and all laws are only knowledge. He uses a variety of ink colors, The calm pen power clicks on the screen, outlines the outline, and states the spirit of the past in the great history of China. From the works we can see his attention to people and society and his unfettered freedom in the familiar traditional context ". 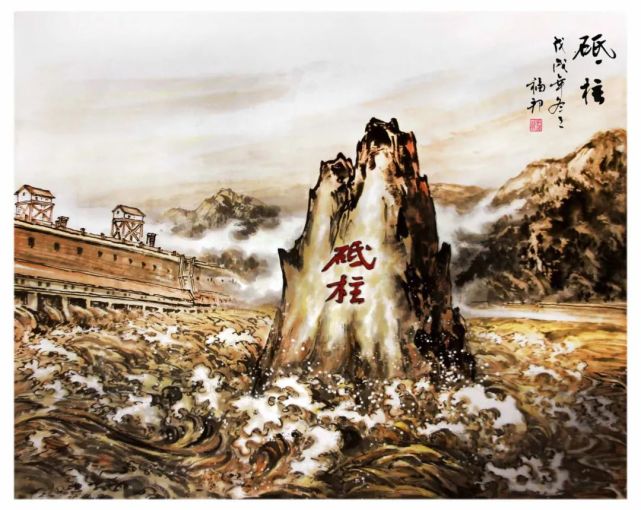 The famous art critic Zhang Shizeng said:"The painter Deng Fubang has a lot of expertise and has a wide range of hobbies. He has a considerable degree of philosophy, history, literature, and poetry. His figure paintings and flower and bird paintings are the same as his landscape paintings. His spirit and spirit. His calligraphy makes me envious. His pen is sober, he works well, and his style is good. If he writes in his eighties or nineties, what would he look like?".

As the influence of Chinese traditional culture continues to expand, we are convinced that the ancient oriental national art will cross the country where it was born, developed, promoted, and estheticized. Going global. 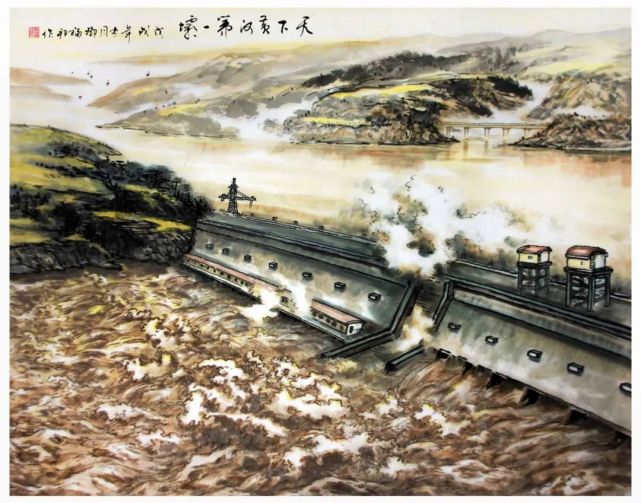 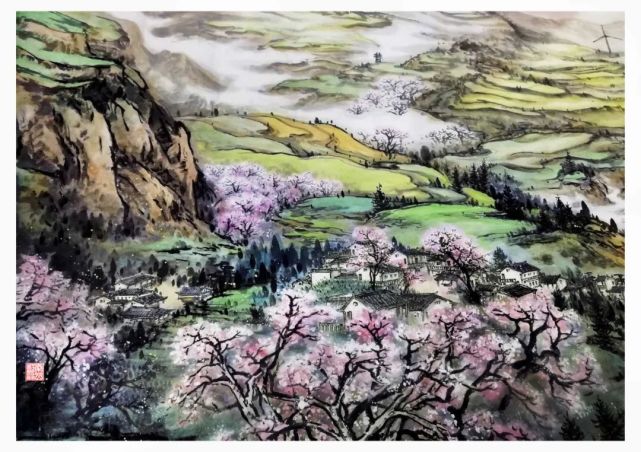 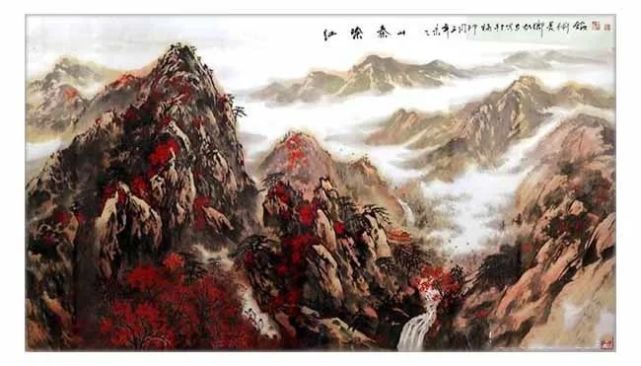