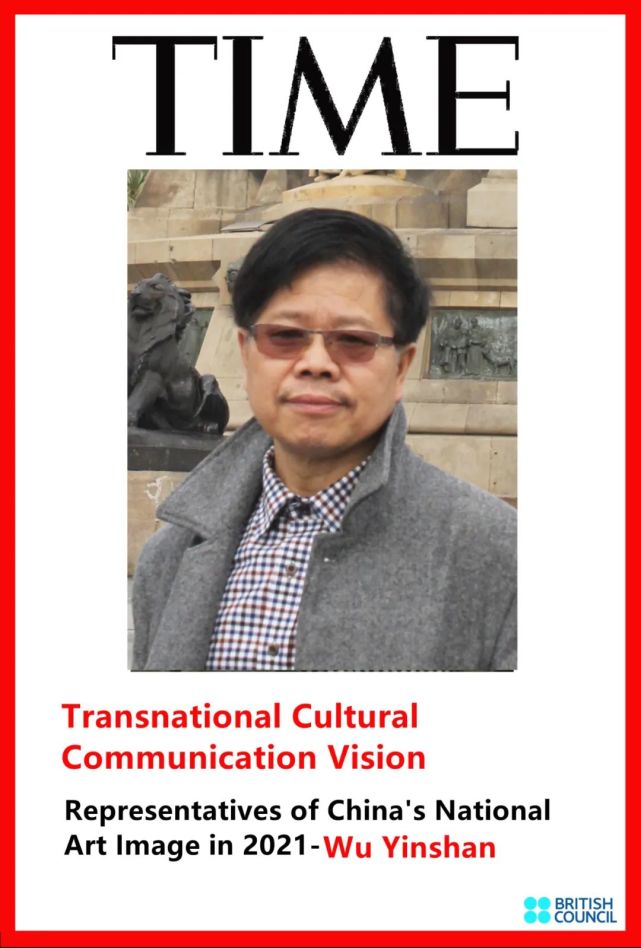 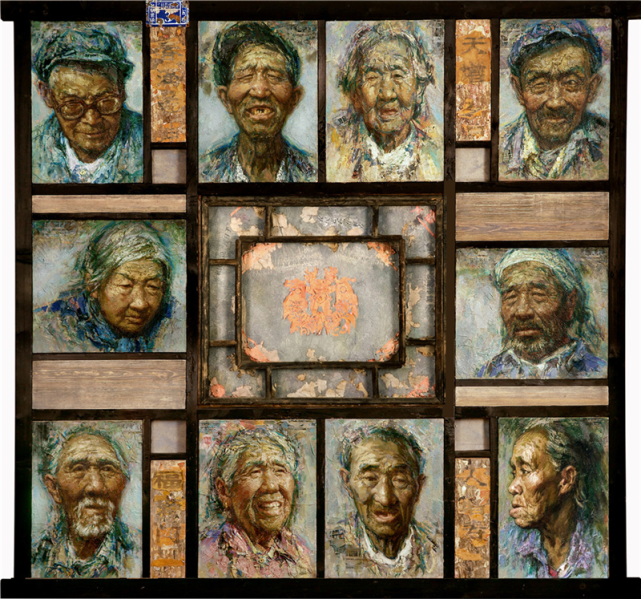 It is a natural thing for the painter to go deep into life, sketch and experience. But in recent years, sketching has been replaced by cameras. Leaving life behind closed doors seems to be fashionable.

Wu Yinshan has always adhered to the creative direction and belief of realism. Over the years, I have insisted on going deep into life, experiencing rural life, understanding rural society, and paying attention to the living conditions of farmers. He went deep into the family of farmers and made friends with farmers. Most of the places he has visited in these years are old, young, borderline and poor areas with difficult conditions. Such as Shanxi, Gansu, Ningxia, Shandong, etc. One stay is two or three months, and he drew a lot of sketches and oil portraits. 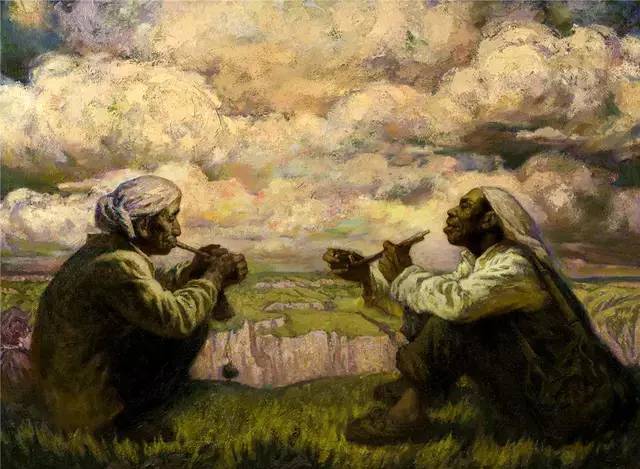 In particular, he has a solid foundation in sketching and portraits, and he portrays the image of farmers with distinctive and vivid personality, and his brushwork is smooth. Very infectious and characteristic of the times. Some of his sketches and images have constituted a complete work. It has been shown in his "Sketch Collection" published by him. Has been affirmed by peers and experts. At the same time, these sketch works have become intuitive teaching materials and demonstration works for basic art teaching, which has promoted teaching and has been welcomed by students. His teaching achievements are remarkable, and he has repeatedly won the Painting Teaching Fund Award of the Stage Art Department of the Central Academy of Drama. 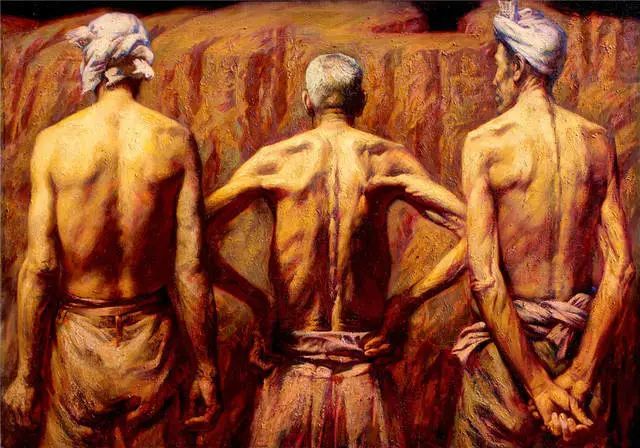 He has accumulated many years of life and tempered his art. Among the many works he created, for example, the oil painting "Back" is rich in connotation and profound in meaning. It is regarded as a painting that has the influence of the times at that time, and has been affirmed and praised by the art world. , And was selected for the "Seventh National Art Exhibition" exhibition. "Distant Horizon" won the Outstanding Work Award of the Beijing Art Exhibition. 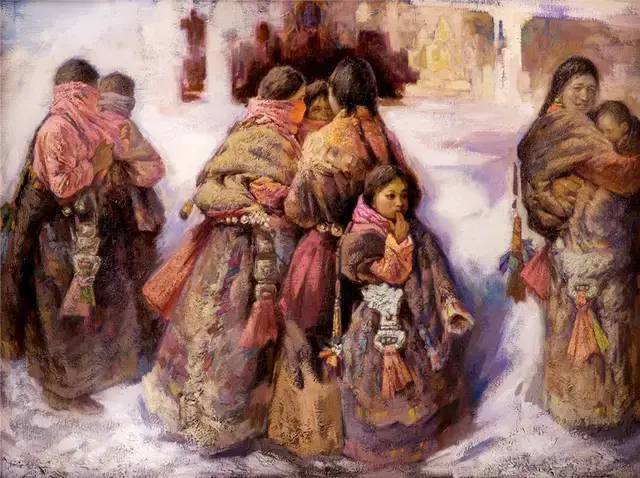 In recent years, although his teaching tasks are arduous, he has also used his summer vacation time to go deep into his life, actually sketching from life, and becoming a close friend of farmers. And made new explorations and attempts on the expressive language and material of painting. For example: using newspapers, fabrics, etc. as the base of the canvas, it has contributed to a strong texture effect. The purpose is to more prominently express the character's spiritual outlook, artistic richness and visual effects. For example, "Worker", "Worker", "Yimeng Old Man", "Mountain Farmer" and other works have tried both form and spirit, and have obtained certain visual effects in terms of artistic form. Another example is "East Five Alleys of Changsheng Street" in the form of painting, absorbing composition and installation techniques, organically combining the common door curtains and old windows in the countryside into a large wooden frame of its format, inlaid with 10 farmer portraits. In the grid, a comprehensive treatment is done, and the theme still focuses on the countryside, the reality, and the survival of people. The group portraits of 10 people reflect the mental state, life experience and life situation of the elderly. These 10 portraits are based on the requirements of the theme, derived from the choice of sketching, maintaining vividness and authenticity, and deep creative connotation.

From the practice of Wu Yinshan's artistic path, it is not difficult to see that he is sincere, hardworking and persistent. What is more valuable is his concern for the vast number of Chinese farmers and his deep feelings and conscious sense of responsibility. 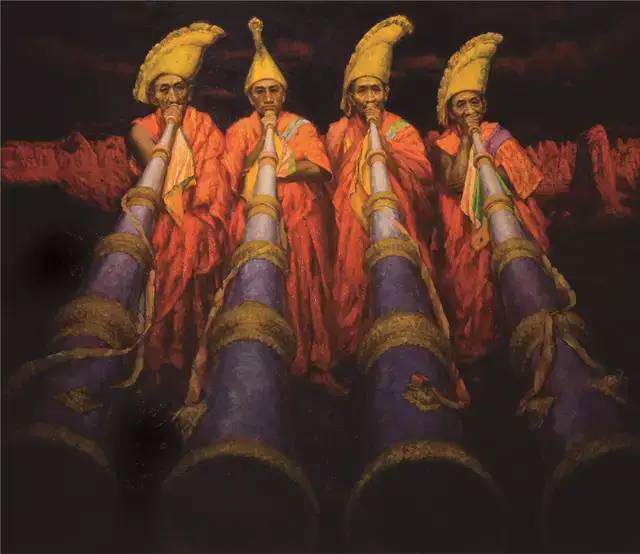 Life endows Wu Yinshan with artistic passion. The yellow earth has inspired the artist's artistic inspiration. Long-term artistic practice has hammered his artistic skills. All this constitutes the fertile ground for Wu Yinshan's artistic flower, which lays a foundation for his higher-level artistic creation and sublimation.  The foundation. "

If "Back" is his masterpiece of fame, I think "Talk" in 1995 is another successful work that he deeply explored the path of traditional realism. The rough and heavy brushwork, warm, unified and harmonious tones, and the vast and magnificent environment give people a harmonious and calm atmosphere. 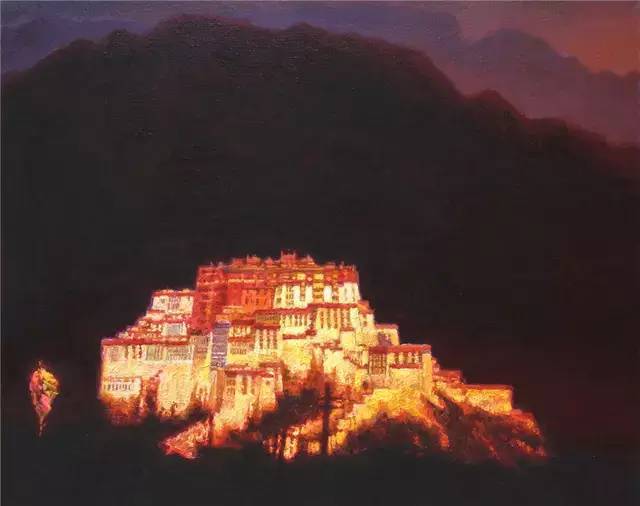 "The Potala Palace in the Morning" oil on canvas 100×81cm

The vivid and lively image of the old farmer, simple and natural, really seems to be able to hear their local accent when they chat. It fully demonstrates the author's profound friendship for Chinese farmers. The most recent work "East Five Alleys of Changsheng Street" is a large painting that he exerted the most effort, thought the deepest, and took the longest time. It is a confluence of his various artistic thinking and language exploration, and it is his deep experience in rural life for many years. Concentrate on expressing. 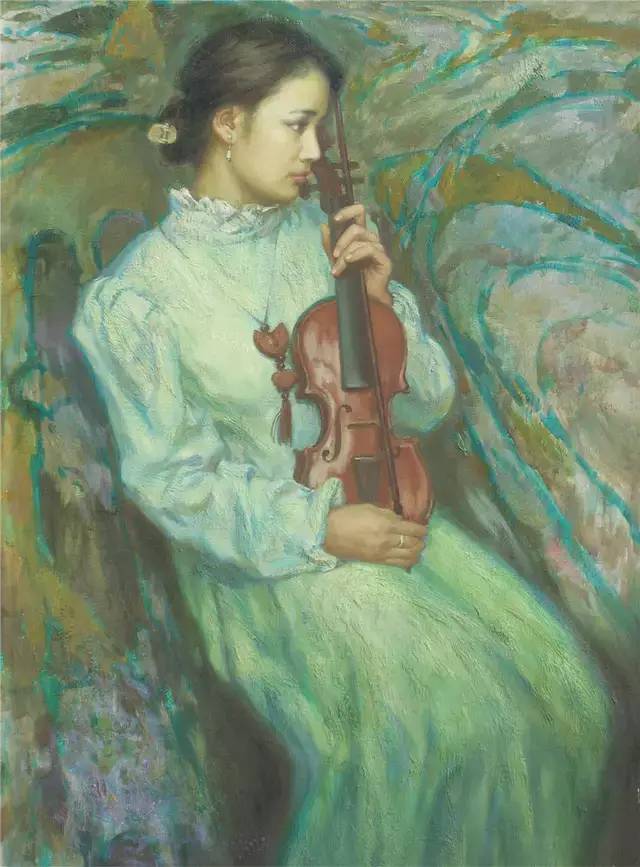 "The young actor in the moonlight Yu Yuexian" 81x60cm oil on canvas, painted in 1995

"The Voice of the Ancient Source" (1996), which shows the religious life in Tibet, also belongs to this type of work. This is another successful masterpiece. It retains the advantages of realistic, vivid and detailed portraits and fascinating details. After beginning to incorporate some modern techniques, the use of dark and dark backgrounds, the appropriate exaggeration of colors, and the strong contrast between light and dark, all of which accentuate the solemn mystery of the picture, and its breathtaking shock. The Tibetan series of works such as "Divine Comedy", "Confusion", "Many Faced Buddha" and "Lama at the Window" all have the characteristics of this new element, which seems to be the first sign that Wu Yinshan's art bids farewell to the 20th century and enters a new era.

Faced with a large number of sketches and oil paintings by the painter Wu Yinshan, I can see his artistic history for nearly 30 years. What I saw before my eyes was the figure of a man hurriedly on the avenue of search. 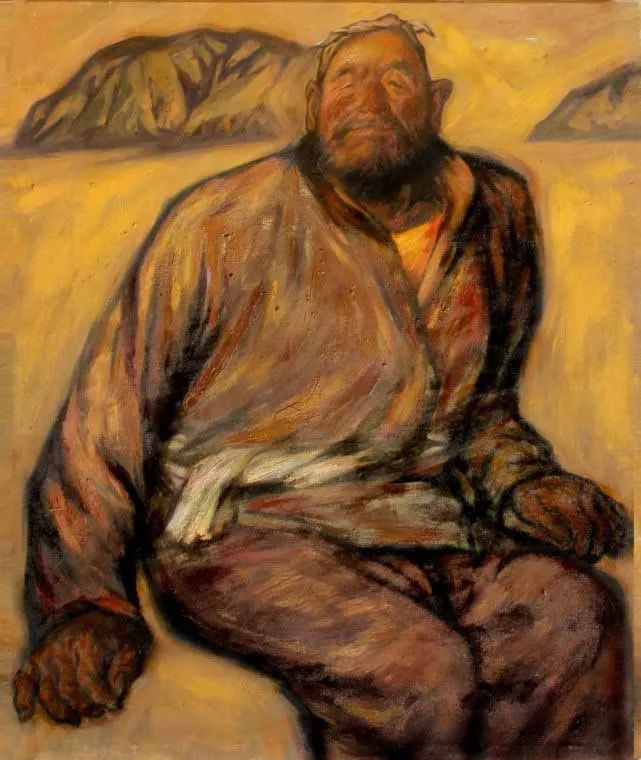 "Old Man of the Yellow River" 85x65cm oil on canvas

Wu Yinshan once graduated from the Central Academy of Fine Arts, received rigorous systematic training, and has solid basic skills. His creation always adheres to the principles of realistic creation. In order to express the creations that reflect the real life of the Tibetans, Wu Yinshan has gone to Gannan, Qinghai, and Tibet to sketch from life five times, collecting creative materials. "The Divine Comedy" and "The Voice of the Ancient Plains" are representative works of the recent period. In order to draw the ideal effect, the author repeatedly revises and adjusts. This rigorous and diligent creative attitude is the basis for ensuring his greater achievements.

"Portrait of Real Life in Tibet" (excerpt) was written in 1999 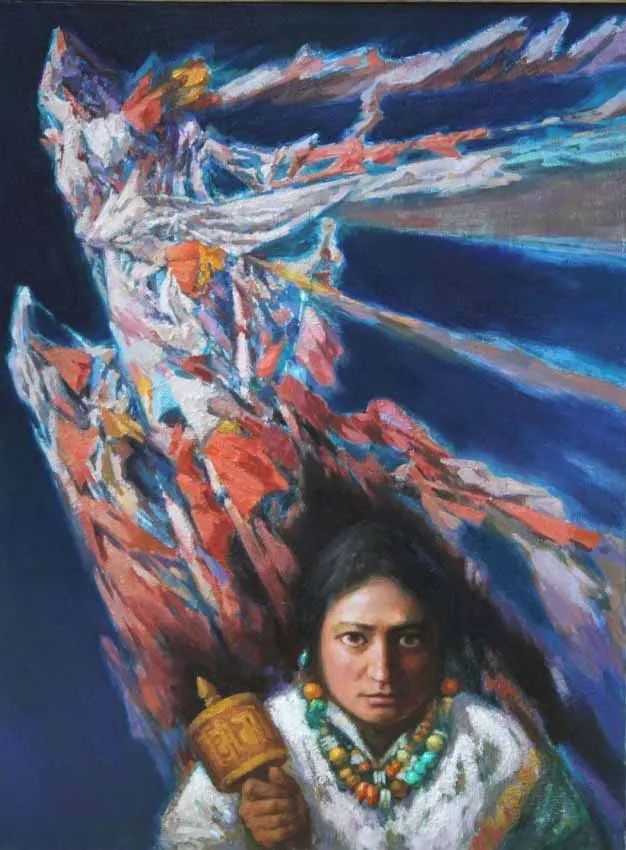 Realism is the reproduction of reality, but under the realistic technique, it often conceals the inpidual pursuit of the artist. Therefore, the unity of subject matter and form has become Wu Yinshan’s breakthrough. His representative works "Back" and "The Horizon in the Distance" have been widely affirmed And praise. The work is not interested in the shape and structure of the back itself, but based on the feeling and understanding of the loess culture. For him, the back is not the purpose itself, but a symbol, a deep loss of a certain civilization. Sigh. Its value goes beyond visual sensibility, and also goes beyond surface representation and realistic techniques. It points to a modern person's thinking about culture and history, and embodies a modern consciousness through realism. 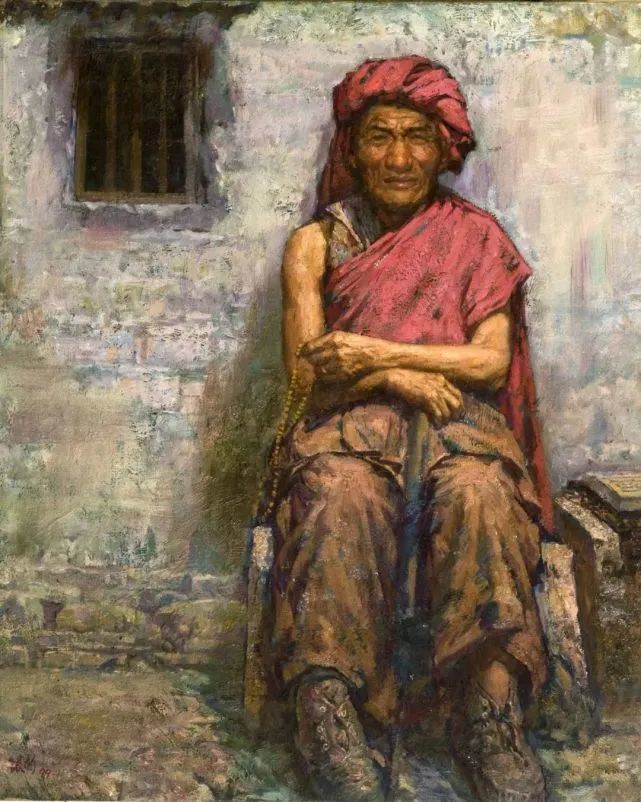 "Back" created by Wu Yinshan was produced in a historical context. It symbolizes the spirit of China and Chinese culture based on the vicissitudes and greatness of the people in the northwest and northwest, and thus became inseparable from the strong northwest wind and the loess high slope at that time. component.

The charm of Wu Yinshan’s oil painting art is that it contains an inherent tension as a whole, which can be interpreted from two aspects: First, although he takes ordinary laborers in Chinese rural society as the main object of expression, he gives it to These themes and images constitute different cultural and spiritual orientations with rich meanings and connotations. Second, although Wu Yinshan’s artistic themes and objects depicted have been consistent over the past few decades and have hardly changed much, he has never Stop pursuing and exploring in artistic language and style. It is Wu Yinshan who maintains an effective internal tension throughout the entire art process, that is, the constant invariance in artistic themes, the tension and contradiction between the persified styles and the changes of pen and ink with the times that make his oil painting art. It has a special artistic appeal, and gives us aesthetic pleasure and spiritual enlightenment. 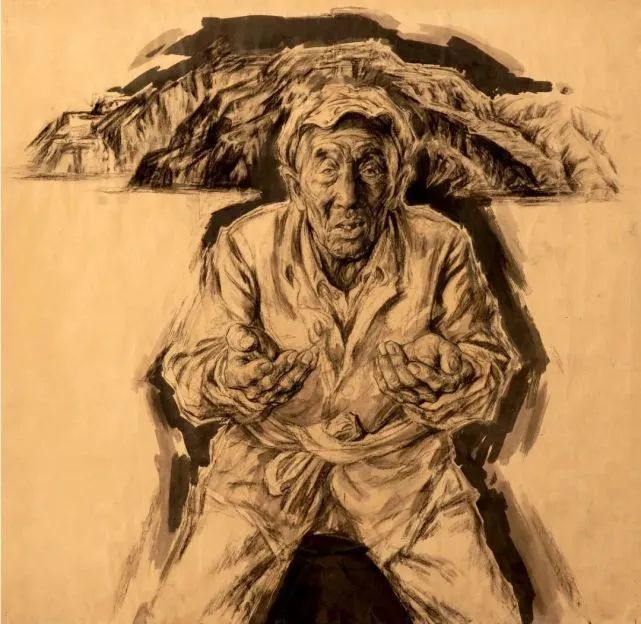 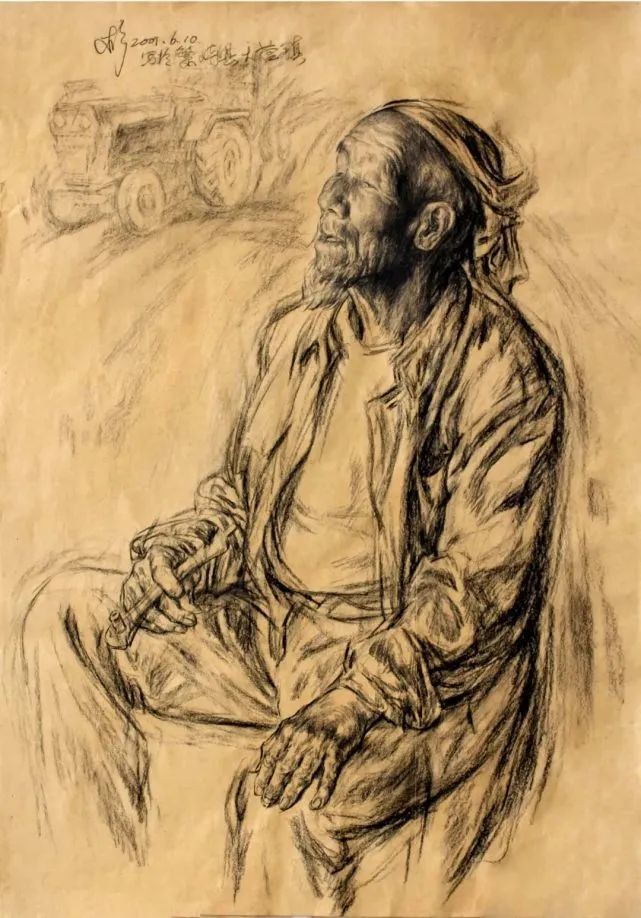 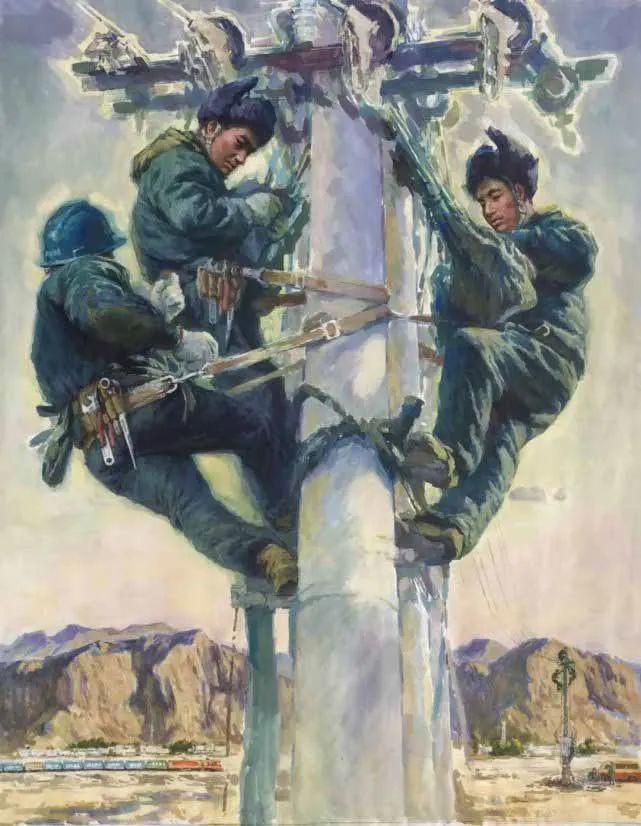