Zhou Simei was born in Suzhou in 1963. Now he is a painter and painter of Chinese Painting Academy, a member of Suzhou Artists Association, a director of Suzhou Painting and Calligraphy Collection Association, a member of Wu School Research Association, a director of Suzhou Non-Party Intellectuals Association and a member of Suzhou Guoyunlou Culture Research Association. He studied landscape under Fei Songwei, Zhu Gengyuan, Shao Wenjun, Xu Shaoqing and Qian Dingyi, and won the guidance of the famous painter Dai Dunbang in recent years. The long scroll of Diamond Sutra in lower case has been exhibited in Thailand, Malaysia and other countries, Taiwan Province, Hong Kong and other places in China, and has been specially introduced by newspapers such as Calligraphy Newspaper, Art Expo, Art Market and Modern Suzhou. He has held many personal painting and calligraphy exhibitions in Beijing Forbidden City, Beijing Rong Baozhai and Shanghai Yuyuan Garden, and his works have participated in many large-scale national exhibitions. He published Zhou Simei's Painting and Calligraphy Collection, Selected Works of Zhou Simei's Painting and Calligraphy in Qingfeng Mei Yun, Zhou Simei's Book in Lower Case < Diamond Sutra >, Wu Men Chuan Xin's Works of Zhou Simei's Painting and Calligraphy Exhibition in Forbidden Academy of Forbidden City, Simei Ink-Zhou Simei's Painting and Calligraphy Collection (Rong Baozhai Publishing House), etc. Gao Zongyuan, former general manager of Rong Baozhai, former president of People's Fine Arts Publishing House and famous painter, said: "Zhou Simei's female history, admiring the legacy of sages, goes from painting to book, from book to painting, and then goes back to book by painting, which originated from tradition, and is elegant and upright in pen and ink, which is really commendable. Simei has a deep research on Wumen calligraphy, landscapes, flowers and birds, etc. It has won the orthodoxy of Wumen painting and calligraphy, and its artistic conception is natural and unrestrained, bright and elegant... In recent years, it has been pointed out by its righteous father, Mr. Dai Dunbang, and it is eclectic and flowing. Books, paintings, pens, ink, gas and rhyme are integrated, so its paintings are traditionally flying and hearty; His books, with their bones showing their gods, and their pens are fine and moist, are full of ancient sages. "

Mr. Dai Dunbang: "Throughout the ages, Wu culture and art have shined in Chinese civilization and world gardens with its unique expression. In particular, painting and calligraphy, just like the faint fragrance of refined Confucian style, is refreshing and extraordinary... Simei's painting and calligraphy is indeed the authentic inheritance of Wumen, and some weak outpouring of rare female authors is like a man... "

Han Guanghao, a writer and well-known cultural scholar, said: "The accumulation is thin, the charm is flying, and it is plain and innocent in the south of the Yangtze River. It is worthy of Wumen, and it is fortunate to inherit it. The female history of Zhou Simei in Wumen cultivates self-cultivation with poetry, painting and calligraphy, and is clean and complacent. His work seeks the intersection of" heaven and earth, Taoism, pen and ink ", and the poetic atmosphere of Jiangnan is dense on paper.

Wumen's artistic way is inseparable from poetry, words, books and paintings, and its "poetic eyes" are vertical and horizontal images, and things and me feel each other. Painters and painters turn into machines, while viewers wander in the meantime. Looking at Danqing all over the eyes, those who think of Mei's female history really know the pulse of painting are also. " 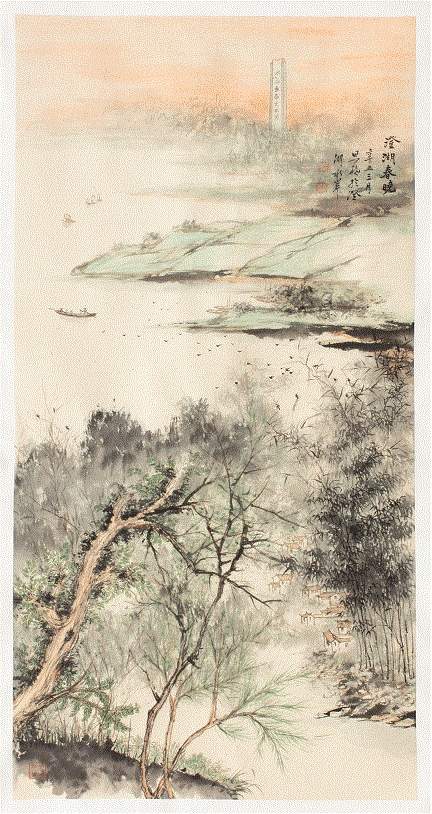 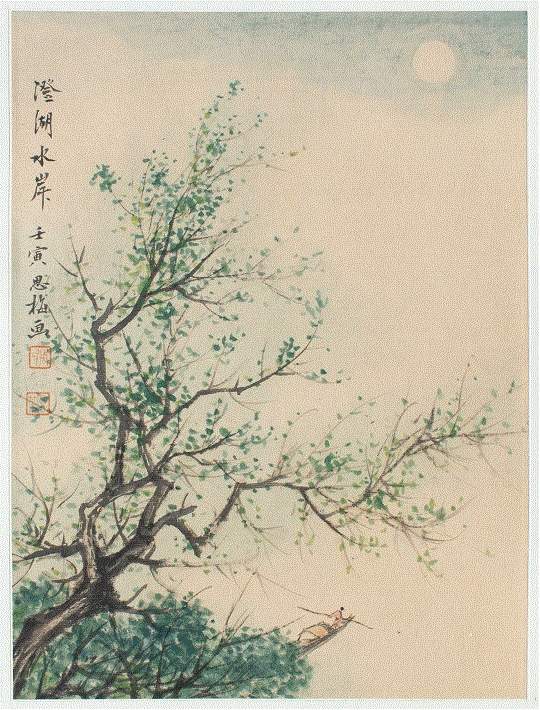 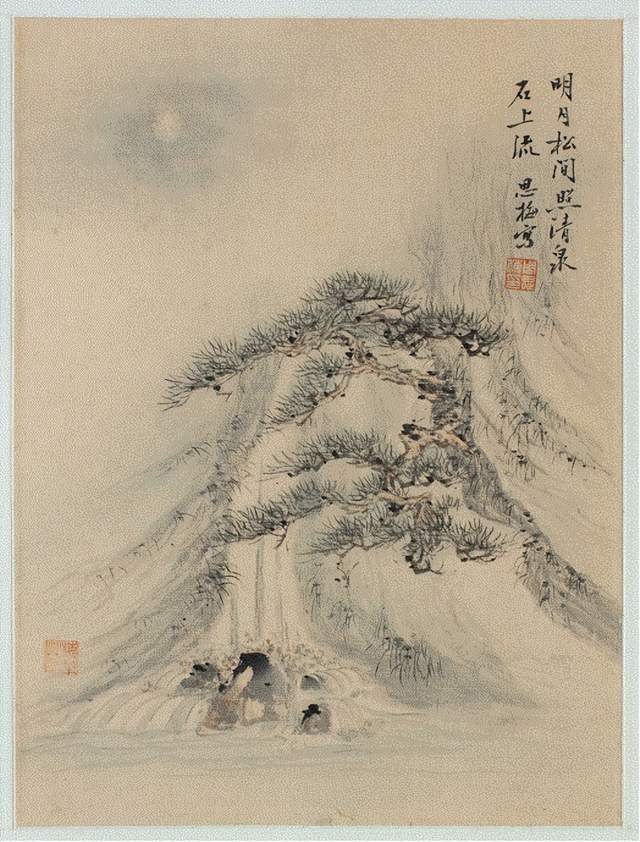 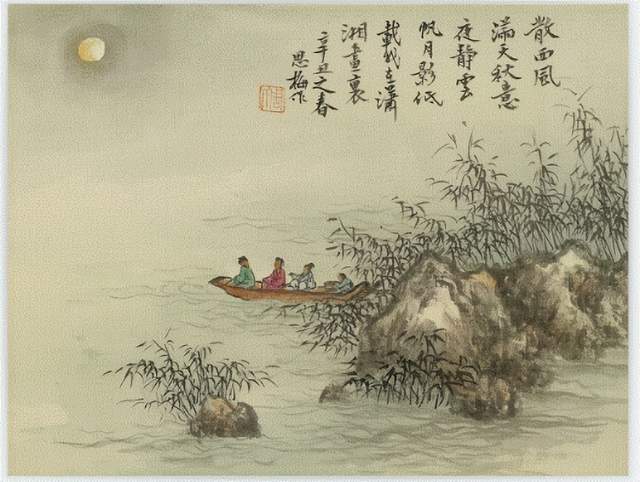 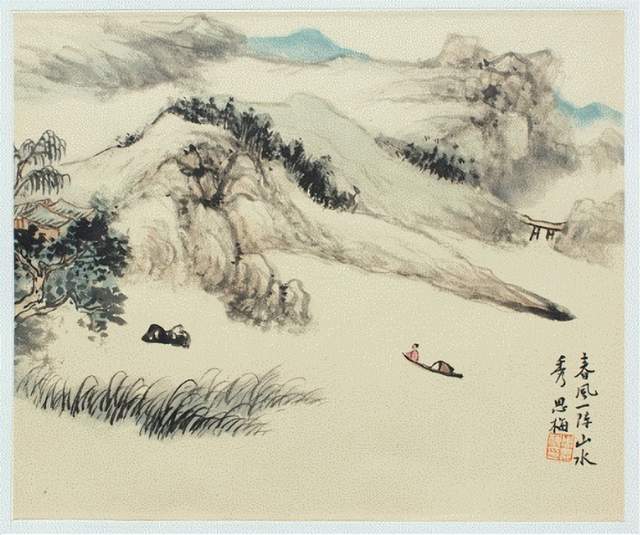 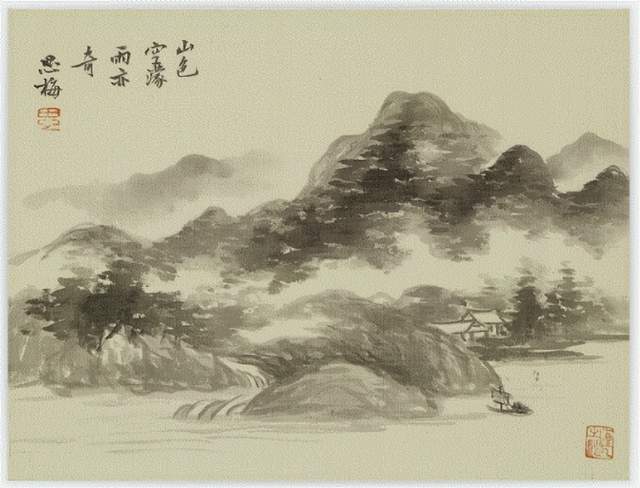 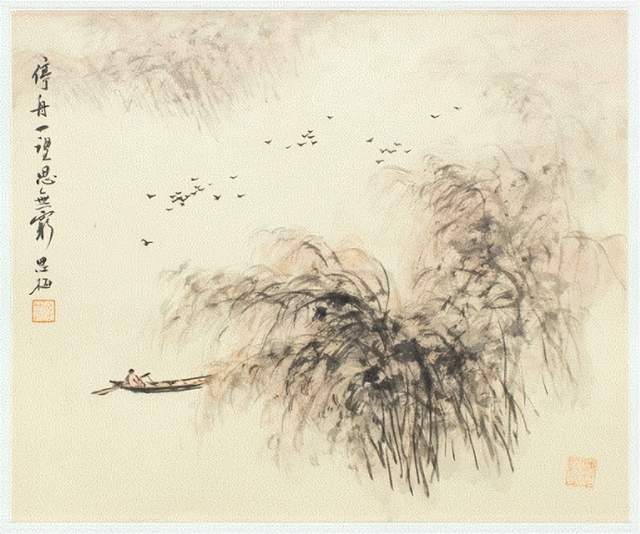 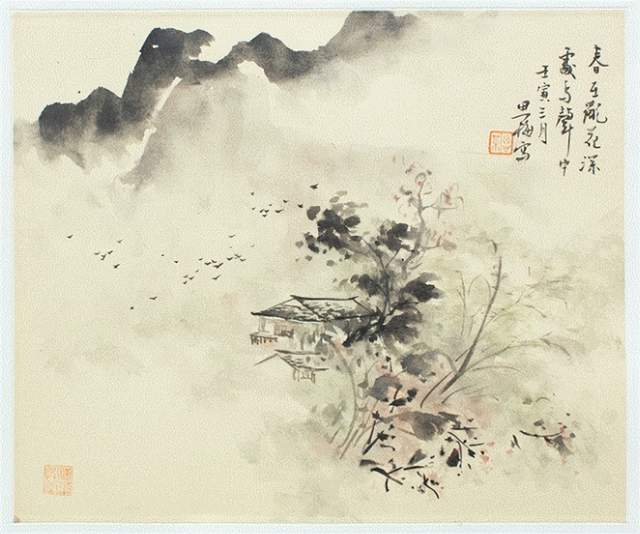 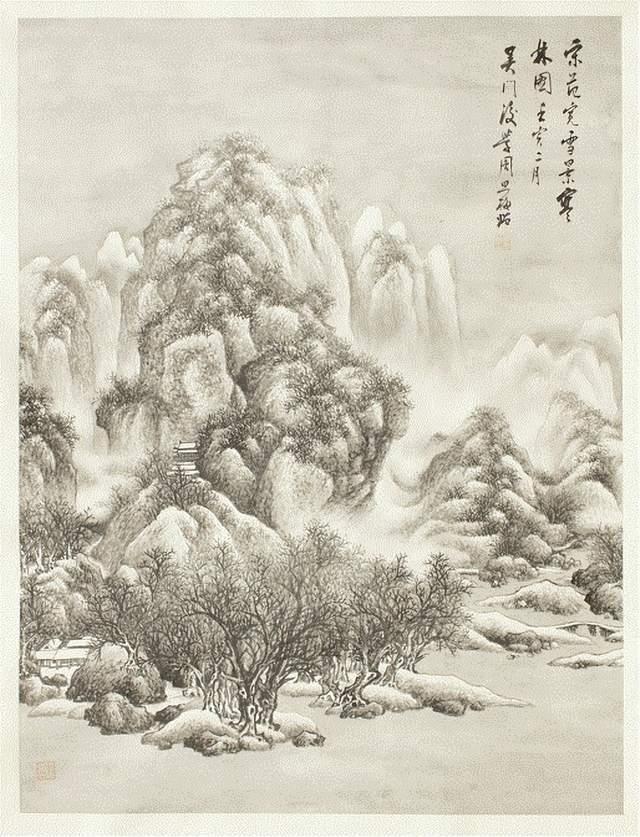 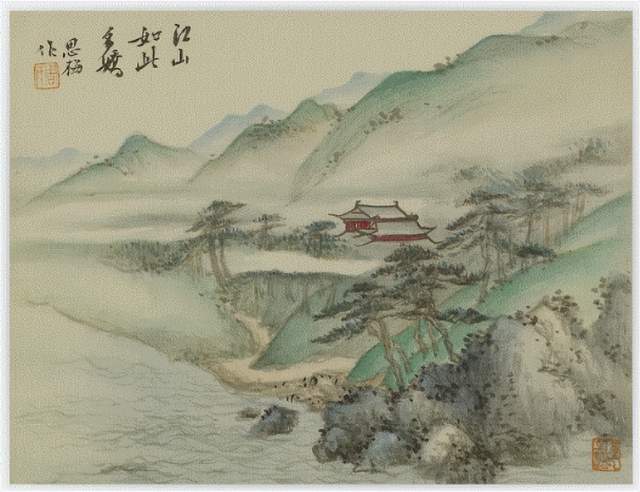 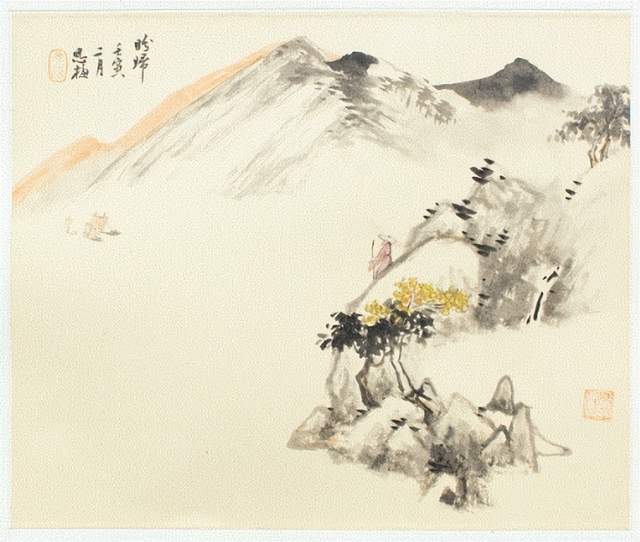 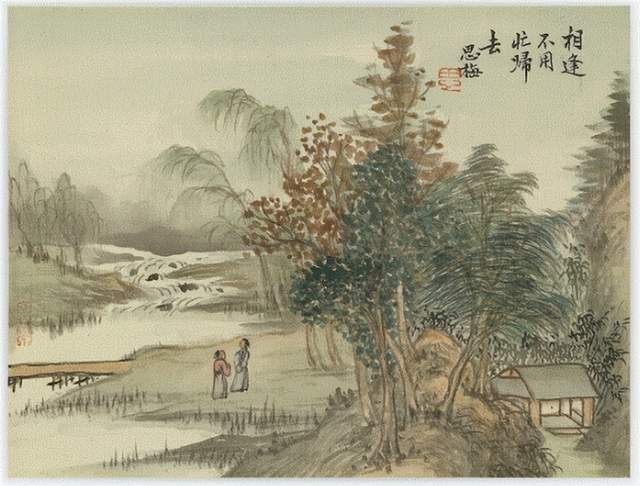 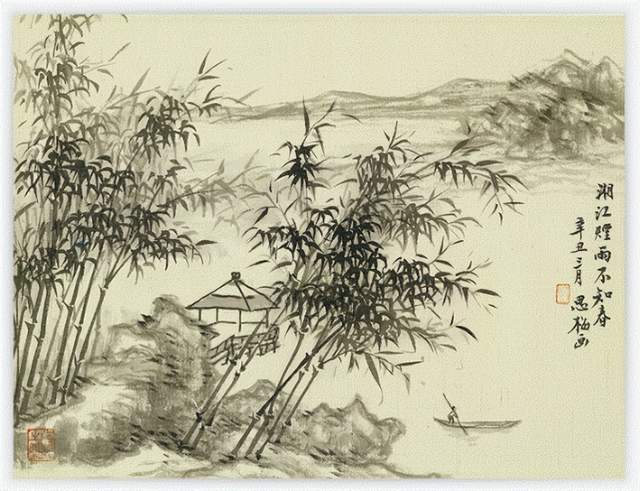 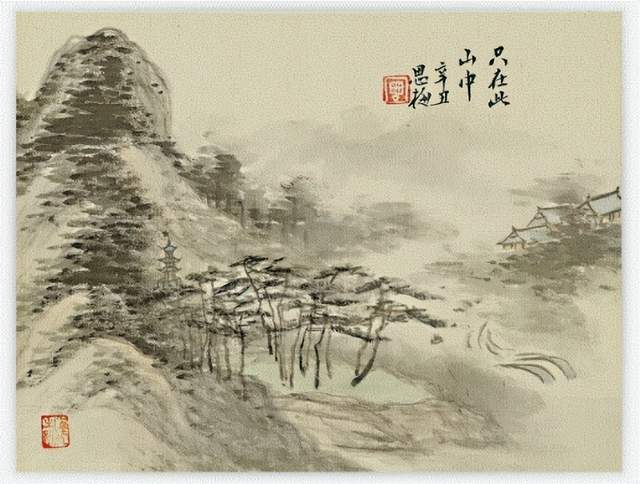 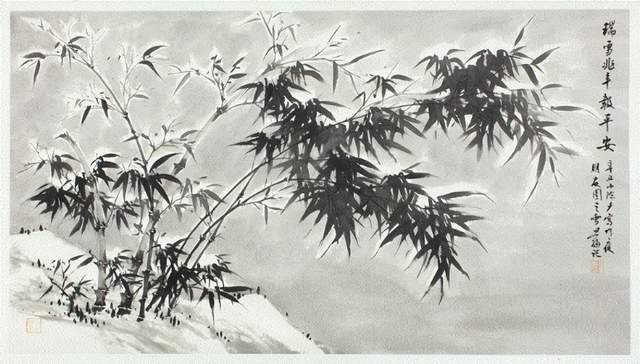 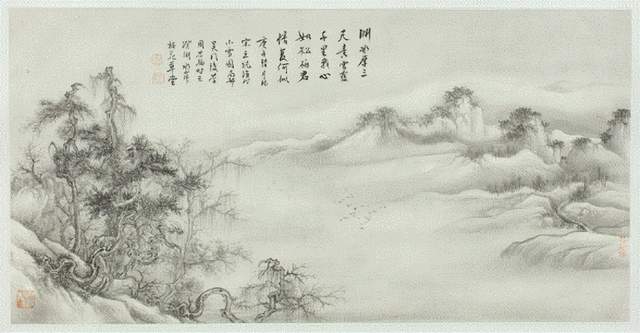